You can hear the rally before you see it; the sound of shouting in unison, several blocks away, echoing around the centre of this sleepy Texas town nestled in the piney woods half an hour east of Austin, the state capital. When the 50-something-strong crowd emerges, heading towards the county district attorney’s office, everyone is braced against the cold.
GQ Link to Story

Angel Resendiz aka The Railroad Killer criss-crossed the US by freight train in the 80s and 90s, choosing his victims at random, before he was executed by the State of Texas in 2006. Before his death, Resendiz spoke to journalist Alex Hannaford and claimed, on tape, to have killed more than he had taken the blame for.
Apple Podcasts Link to Story

What Happened to the Mob

Anthony Arillotta swapped out his black Ford Expedition SUV for his mother’s Nissan Maxima – less conspicuous, he thought – then started out on the two-hour journey to New York City. It was 11 August, early in the morning, but the sun was shining and it was already warm. He’d been instructed to meet at a restaurant called Nebraska Steakhouse near Arthur Avenue, better known as Little Italy, in the heart of the Bronx.
GQ magazine Link to Story

The armchairs have manacles, dinner is served via tube and there is a detention section so guarded its location is still top secret. Esquire becomes the first UK magazine to go inside the most notorious prison in the world
Esquire Link to Story

Alcatraz of the Rockies

The world’s most notorious terrorists — the Unabomber, the shoe bomber, soon to be joined by the underwear bomber — live side by side in America’s toughest prison. Yet they never meet. Alex Hannaford investigates life at Colorado’s supermaximum security jail
Sunday Times magazine Link to Story

My Journey Along the Wall

It was a central plank of his election campaign: to build “a big, fat, beautiful wall” 1,000 miles long to combat illegal migration from Mexico. Now, as a caravan of thousands of asylum-seekers approaches, Alex Hannaford travels coast to coast to find out about life on this vast porous border
Sunday Times magazine Link to Story

It was the sort of headline impossible to scroll past: “Pot Smokers Find Caged Tiger in Abandoned Houston House, Weren’t Hallucinating: Police.”. Last February, a group of people had snuck into a deserted house in Texas’s largest city to smoke marijuana when they stumbled upon a full-grown tiger in a cage – a cage secured by just a nylon strap and a screwdriver.
The Guardian Link to Story

We asked 12 mass killers: 'What would have stopped you?'

Parkland is an affluent city of 30,000 people, 40 miles north of Miami on the edge of the Florida Everglades. Families once moved there for its safe neighbourhoods and good schools. One former mayor said life revolved around its open spaces and fields. It was also one of the safest cities in Florida – but that all changed on Valentine’s Day 2018 at 2.19pm.
British GQ Link to Story

David Miliband on why the EU is more appealing than ever

In this preview of the latest issue of British GQ, out Thursday, David Miliband talks about why the EU is more appealing than ever and what Labour should do next…. David Miliband on remaining invested in Britain despite living abroad. “I take no pleasure in Britain’s embarrassment. Those of us who are outside the country take absolutely no pleasure in the low ebb to which Britain has sunk.
British GQ Link to Story

Inside Houston, the City Is Running Out of Sleep, Fuel, and Lives to Save

As darkness fell over Houston on Tuesday evening, three military helicopters circled above Tidwell Road, while near its intersection with the Sam Houston Tollway, a huge dump truck plowed through the water toward the highway carrying at least seven children to safety in its giant hopper. But Tidwell Road isn't technically a road at all: Since the weekend, it’s become a vast river snaking into the distance.
The Daily Beast Link to Story

A prophet rises from the ashes of Waco

Charles Pace is the leader of the Branch Davidians, the religious sect in Texas that became infamous when a 51-day standoff with the FBI resulted in more than 80 deaths. Twenty years later, he is preparing his flock for conflict on a different scale.
Sunday Times magazine Link to Story
View More Stories

Alex was born in London in 1974 and spent his early childhood in Nigeria. He cut his teeth in journalism on the South China Morning Post in Hong Kong and the Lymington Times in England. He worked as a feature writer and commissioning editor on the London Evening Standard before going freelance in 2003.

Alex has taught journalism at Kingston University in the UK and has written about the death penalty, crime, harsh sentencing, religion, culture and human rights issues for British GQ, The Sunday Times and Sunday Telegraph magazines, the Guardian, Esquire, The Atlantic, The Nation, the Texas Observer, and Texas Monthly.

He wrote and directed The Last 40 Miles, an award-winning animated short film about the death penalty.

He hosted Dead Man Talking, a crime podcast for Audioboom, which won silver at the 2019 British Podcast Awards and reached #1 in the UK iTunes podcast charts.

He won the 2015 Media Award from the Texas Coalition to Abolish the Death Penalty and is a Fellow of The Dart Center for Journalism & Trauma at Columbia University.

A dual British-U.S. citizen, Alex is based in New York's Hudson Valley. His latest podcast is "The Innocents," about wrongful conviction. He is a senior editor at Stranger's Guide magazine and is currently working on a book about Austin, Texas, to be published by Dey Street / Harper Collins in 2023. 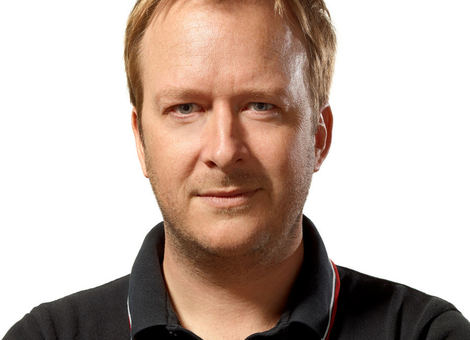